You may have noticed that I haven’t been posting painted work lately. Well it’s summer and I’ve been flying! Flying Miss Sparky, that is. As part of my solo exhibition, If You Plant It, They Will Come(working title) next spring, there will be a video of a butterfly’s view of the meadow as the blooms progresses from early lupins to the spectacular show in September. 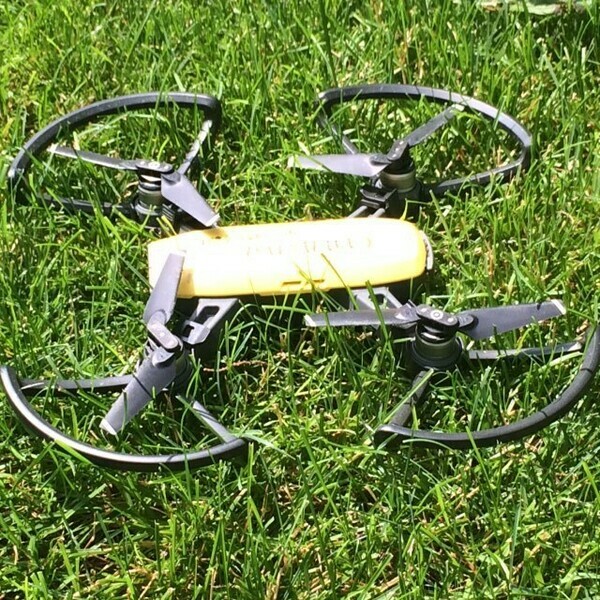 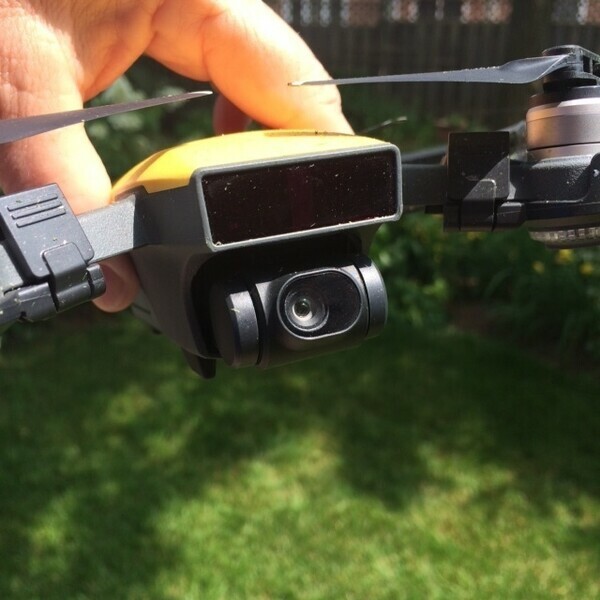 Miss Sparky and closeup of the gimbal-mounted camera

After waiting anxiously for several years through drought and heat for the plants to mature, I am now obsessed with my meadow in the summer months. The meadow sits between the uphill mainly evergreen forest and the lowland deciduous forest.

This year,with the large amount of snow melting and then flash freezing in Feb, we had a great deal of melt water run from the uphill forest carrying a truckload(literally!) of sand down into our beautiful meadow. Desperate measures were taken to avoid the plants being drowned in 8-10 inches of beautiful fine pale sand that settled as the water ran further towards the river. An unusual problem. We dug with shovels, raked and then scraped down to the soil level with the tractor as much as possible but we are still left with great swaths of beautiful  sand covering paths and parts of the planted areas. Let me know if you need sand for your sandbox -- Really! 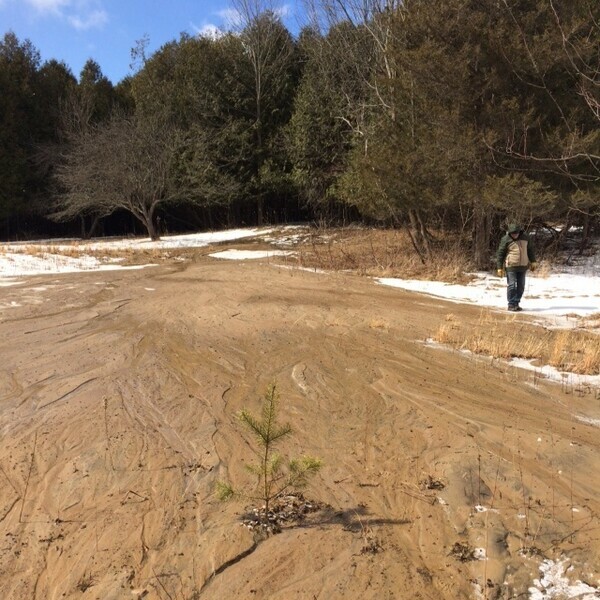 the sand coming from the uphill forest in april

In most of the sanded parts of the planted meadow, most of the plants have pushed through the sand. Some spots look bare. It can’t be helped. On the plus side, I see many volunteers sprouting up from lupin seeds which are totally recognizable based on leaf shape.

In Canada, as of June 1 2019, a pilot licence is necessary to fly a drone over 250grams. Miss Sparky weighs in at 300g so I had to learn quite a lot of material to be licensed quickly in order to get flights in before the first bloom faded.

Flying a drone isn’t as easy as I imagined. For several weeks I flew with the iPad as the controller:  fingers sliding on the glass giving incorrect direction and frustration.  I finally gave in and bought an actual remote controller complete with two little joysticks. One controls forward/backward and horizontal rotation. The other controls elevation and turning right/left. WAY EASIER than the iPad, still not easy, but happily making progress.

When the drone is flying, time also flies with only 12 minutes of battery life. Landing safely on my flat landing stone without too much rush is important so that the delicate quadricopter propellers don’t end up becoming inadvertent plant trimming clippers in  the middle of the meadow. My digital co-pilot’s recorded voice relays a curt message “Battery low, landing in 10 seconds.” then “Landing.”  And Miss Sparky lands wherever she is.

Until next time!
Cheryl

p.s. oops to those of you who subscribe, I forgot to send the last post to you. You can still see it on the website :D